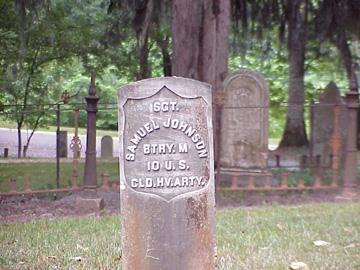 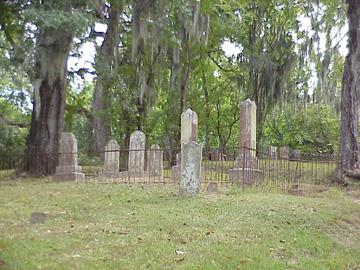 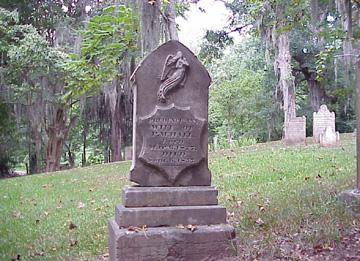 Amid giant moss covered oaks, lies the Grand Gulf Cemetery. Visitors can read of the fate of the town from many markers left standing there. They stand as solitary reminders of days gone by.

Grand Gulf was the main burial ground for the early inhabitants of the old town of Grand Gulf situated on the Mississippi River between Natchez and Vicksburg, Mississippi. The cemetery has been maintained by Grand Gulf Military Park. However, a series of damaging events have taken place threatening the continued preservation of the cemetery. The cemetery is situated on a high steep ridge of highly erodible soil. There have been several areas of mass erosion displacing coffins and submerging tombstones. Hillside erosion has been a continuous battle and a major concern to maintain the cemetery. The total number of lost graves due to the erosion is not known, but believed to be a considerable number. The cemetery is approximately four acres, 200 graves,160 tombstones, 11 family plots some with brick walling and or ornate wrought iron fencing up to 32 feet in length, 30 above ground boxed or table type tombstones, and several large monuments some as tall as 11 feet. There are six Union Soldiers, 5 of which were known to be in the U.S. Colored Troops.

The Cemetery contains a row of Confederate rifle pits used by the 6th Missouri. The rifle pits encompass the rear of the cemetery and run along the ridges to the gun emplacements. This is the only cemetery in the United States known to have Civil War Confederate Rifle pits. The earliest recorded burial was in 1822 and the last was in 1954.

Park visitors may obtain information on people buried in the cemetery by visiting the Museum and requesting the information from the park personnel.

Our thanks to Doyle and DeAnn Scroggs for their time that they have volunteered in working in the cemetery. They have spent months in the park working on cemetery plots in the past several years. They have located tombstones covered, placed broken tombstones in their proper places, and helped bring our cemetery map up to date.